You are here: Home / Archives for Ab news

If approved, eptinezumab would become the fourth antibody therapeutic for migraine prevention on the US market, following the approval of erenumab-aooe (Aimovig; Novartis), galcanezumab-gnlm (Emgality; Eli Lilly & Company) and fremanezumab-vfrm (Ajovy; Teva Pharmaceuticals) in 2018. 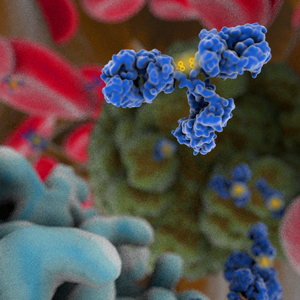 Roche’s biologics license application (BLA) for polatuzumab vedotin in combination with bendamustine plus Rituxan® (rituximab) (BR) for the treatment of people with relapsed or refractory (R/R) diffuse large B-cell lymphoma (DLBCL) has been accepted and granted a priority review by the US Food and Drug Administration. A decision on approval of the BLA is expected by August 19, 2019. Developed in collaboration with Seattle Genetics, polatuzumab vedotin is composed of a humanized anti-CD79b IgG1 antibody conjugated to the antimitotic agent monomethyl auristatin E. The antibody’s target is highly expressed on B cells of patients with lymphoma. Polatuzumab vedotin was granted FDA’s Breakthrough Therapy designation,  the European Medicines Agency (EMA)’s PRIME designation, and US and EU Orphan Drug designations for DLBCL. A marketing application for polatuzumab vedotin is undergoing review by EMA.

The BLA is based on positive clinical data from a randomized Phase 1/2 study (NCT02257567/GO29365),  which evaluated polatuzumab vedotin administered by IV infusion in combination with standard doses of BR or obinutuzumab in patients with R/R follicular lymphoma (FL) or DLBCL. Study results indicated that median overall survival was over one year in people with R/R DLBCL not eligible for a hematopoietic stem cell transplant who received the combination of polatuzumab vedotin and BR, and less than 5 month for those in the BR arm of the study (12.4 vs. 4.7 months, hazard ratio (HR)=0.42; 95% CI 0.24-0.75). In addition, polatuzumab vedotin plus BR increased median progression-free survival (PFS) and led to a 66% reduction in risk of disease worsening or death compared to BR alone (median PFS: 7.6 months vs. 2.0 months; HR=0.34; 95% CI 0.20-0.57), and patients treated with polatuzumab vedotin plus BR showed a longer time between first response to treatment and disease worsening than those receiving BR alone (investigator assessed median duration of response: 10.3 months vs. 4.1 months; HR=0.44).

The combination of polatuzumab vedotin with R-CHP protocol (rituximab, cyclophosphamide, doxorubicin and prednisone) versus R-CHOP (rituximab-cyclophosphamide, doxorubicin, vincristine and prednisone) in DLBCL patients is currently being investigated in the Phase 3 POLARIX (NCT03274492) study. The primary endpoint is PFS. Secondary outcome measures include PFS, compete response and overall survival. The estimated primary completion date of the study is December 2019. 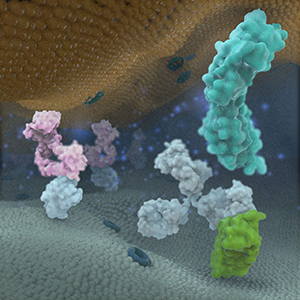 Japan’s Ministry of Health, Labor and Welfare has granted a marketing authorization for romosozumab (EVENITY) for the treatment of osteoporosis in patients at high risk of fracture. Developed by Amgen and UCB, romosozumab is a humanized IgG2 monoclonal antibody that targets sclerostin. The approval in Japan is based on results from the Phase 3 FRAME and BRIDGE studies, which included 7,180 postmenopausal women with osteoporosis and 245 men with osteoporosis, respectively.

A biologics license application (BLA) for romosozumab as a treatment of osteoporosis in postmenopausal women at high risk for fracture was submitted to the U.S. Food and Drug Administration (FDA) in July 2016, but additional safety and efficacy data was requested in the FDA’s complete response letter, as announced by Amgen and UCB in July 2017. In July 2018, Amgen and UCB announced that the BLA had been resubmitted. In addition to data from early-stage clinical studies, the original BLA included data from the Phase 3 FRAME study. The resubmitted BLA includes results from the more recent Phase 3 ARCH study, an alendronate-active comparator trial including 4,093 postmenopausal women with osteoporosis who experienced a fracture, and the Phase 3 BRIDGE study. The FDA’s Bone, Reproductive and Urologic Drugs Advisory Committee is scheduled to review data supporting the BLA for romosozumab at a meeting on January 16, 2019.

The European Medicines Agency is also currently reviewing a marketing application for romosozumab.

The Antibody Society maintains a comprehensive table of approved antibody therapeutics and those in regulatory review in the EU or US. Please log in to access the table, which is located in the Members Only section and can be downloaded in Excel format. 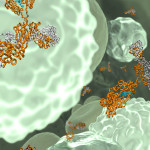 On December 21, 2018, the US Food and Drug Administration approved Ultomiris (ravulizumab) injection for the treatment of adult patients with paroxysmal nocturnal hemoglobinuria (PNH), a rare and life-threatening blood disease characterized by hemolysis of red blood cells mediated by the complement system. Developed by Alexion Pharmaceuticals, ravulizumab is a humanized mAb that inhibits complement component 5 (C5). The biologics license application for ravulizumab received a Priority Review designation. In a Phase 3 study, ravulizumab demonstrated non-inferiority to Soliris® (anti-C5 eculizumab) in complement-inhibitor treatment-naïve patients with PNH. Also developed by Alexion Pharmaceuticals, Soliris® was first approved for PNH in 2007. Ravulizumab is also undergoing regulatory review in the EU. It was granted Orphan Drug designation in both the US and EU for the treatment of patients with PNH.

The Antibody Society maintains a comprehensive table of approved mAb therapeutics and those in regulatory review in the EU or US. As of December 21, a total of 13 antibody therapeutics had been granted first approvals in either the US or EU in 2018, and marketing applications for another 3 that have not yet been approved in either the EU or US are undergoing review in these regions. Please log in to access the table in Excel format, located in the Members Only section.