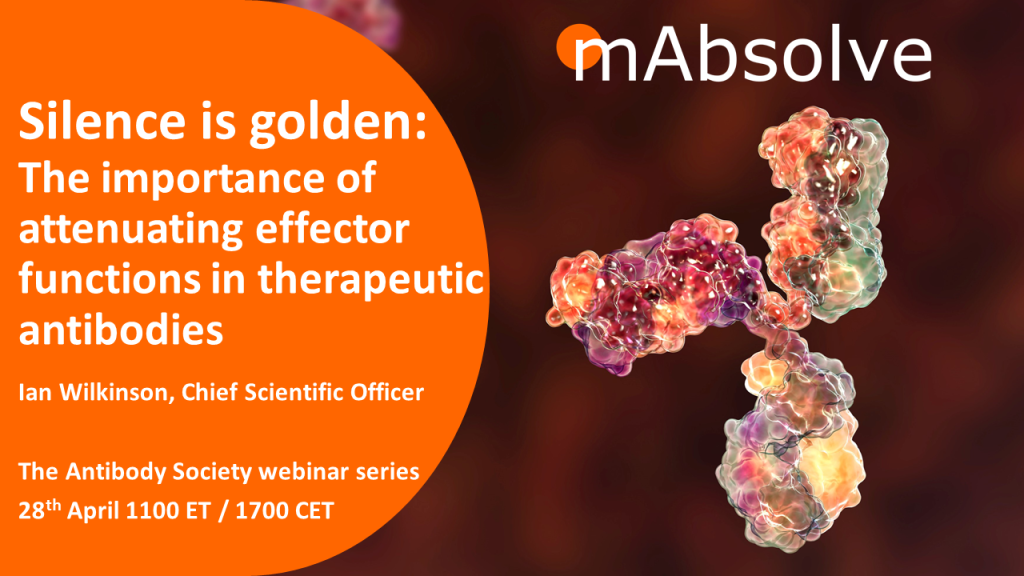 Antibodies are nature’s pro-drugs, wonderfully evolved to target pathogens and activate immune systems. For certain indications where ADCC or CDC are required this is ideal, but for many other applications activation of inflammatory responses is unnecessary and potentially highly undesirable. In these situations silenced antibodies with either naturally low effector function or engineered Fc domains are the preferred option. However, many of the commonly used options in the clinic, such as IgG4, LALA or aglycosylation, are widely reported to still have residual Fc receptor binding and cytokine activation in patients.

This presentation will describe the first thorough comparison of most of the generic and proprietary Fc silencing mutations, demonstrating that all previously reported variants show residual binding to Fc receptors. It will also describe the discovery of a novel set of mutations, known as STR, that show no detectable binding to Fcγ receptors and do not elicit inflammatory cytokine responses. Meanwhile, immunogenicity, stability and PK are unaffected. This totally silenced variant has the potential to improve the safety and efficacy of therapeutic antibodies and Fc fusion proteins. 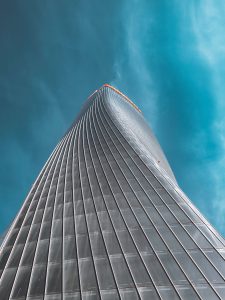 Do you have a great idea for a new biopharmaceutical company, but need advice on how to start one?

Starting an R&D Company? Tips for Founding a New Biotech

Should You Incorporate Your Biotech Startup in Delaware?

Why Do VCs Prefer C-Corporations?

How to Write a Business Plan for Your Life Sciences Startup

Writing a Lean Plan for Your Life Sciences Startup

A Guide to Starting a Diagnostics Outfit or CRO

We hope this advice is helpful – Good luck!

With each major meeting interval of the AIRR Community, elections are held for leadership positions on the AIRR-C Executive Sub-committee.  This spring, per our governance, we are seeking nominations for Executive SC Chair-Elect and up to three members of the Executive SC. 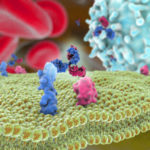 Antibody Engineering & Therapeutics, held in December 2021, offered many opportunities to hear exciting and informative presentations by experts in the field. We are pleased to present here a summary of a lecture given in the “Immune Cell Recruitment and Redirection” session by Dr. Jonathan Davis. The summary was kindly written by Dr. Czeslaw Radziejewski.

Jonathan Davis presented a talk detailing Invenra’s rationale for generating bispecific antibodies that target two receptors at the same cell and provided some examples of their biological activity. The platform is based on the construct in which CH1/CL domain in one arm is substituted with a domain derived from CH3. This approach produces stable constructs that are easy to purify. The presentation focused on bispecifics referred to as SNIPERs. The idea behind bispecific SNIPERs is to combine two binding arms, both of which having low affinity toward their cellular targets. When both targets are engaged with cognate targets on the cell surface, the avidity effect results in much stronger binding. This approach could potentially address undesirable binding of monospecific antibodies to healthy tissues where tumor antigen is also expressed at lower levels.

Dr. Davis discussed the concept of symmetric synergy and asymmetric synergy. In the case of symmetric synergy both targets are present at about the same density, whereas in asymmetric synergy one target is present in much greater abundance than the other. According to the speaker, for the symmetric synergy to occur the two target molecules have to be in a right orientation, so the epitopes have to be properly oriented in respect to each other, at least most of the time. This necessitates screening large number of antibodies in order to build a bispecific that demonstrates good synergy. With good geometry fit, 100- to 1000-fold increases in affinity can be reached on cells. He cited the IL-2 receptor system as an example of asymmetric synergy found in nature. High affinity IL-2 receptor is a three-part system consisting of alpha, beta, and gamma subunits. The alpha subunit is present in high concentration, but binds IL-2 with low affinity. The alpha subunit with bound IL-2 binds to beta and then to gamma subunits to form a high affinity signaling complex. This process goes in one direction: from alpha to beta and gamma and that is why it is considered asymmetric. Dr. Davis emphasized that Invenra has the ability to generate and screen large number of constructs to select the right candidate for further development.

Invenra is exploring the SNIPER approach for Treg depletion and for the agonism of co-stimulatory receptor for T cells, OX40. In this lecture, Dr. Davis discussed the anti-tumor activity of SNIPER INV721 in neuroblastoma. The marketed antibody therapeutic, dinutuximab, targets disialoganglioside GD2 that is densely expressed on neuroblastoma cells. GD2 is also expressed on melanomas, small cell lung cancers and sarcomas. Dinutuximab causes lysis of GD2-expressing cells and its mechanism of action involves ADCC and CDC. The antibody is very effective, but causes excruciating pain in patients, presumably because the ganglioside is expressed in all tissues, albeit at the much lower levels. As a second target of INV721, Invenra selected the check-point molecule B7H3 (CD276) that is present only on the tumor cells. To reduce affinity for ganglioside GD2, some residues in the existing antibody against the target were mutated, which allowed the generation of SNIPER( INV721) that bound to neuroblastoma cells only if two targets were present, but not either one alone. To test the in vivo binding affinity of the bispecific antibody, INV721 was radiolabeled with 89Zr. Mice bearing GD2/B7H3-expressing tumors were intravenously injected with 89Zr-labeled INV721 and its in vivo biodistribution was monitored via positron emission tomography imaging. 89Zr-INV721- showed elevated accumulation in the tumor with minimal uptake in normal tissues. 89Zr-radiolabeled isotype control antibody displayed significantly lower tumor uptake demonstrating the specificity of INV721. (1) Dr. Davis indicated that one potential extension of the Invenra bispecific antibodies approach would be to convert these molecules into T-cell engagers.

Registration for our next webinar, “Precision Execution of Bispecifics at Scale from Design to Delivery“, is now open!

Novel therapeutic modalities such as bispecific antibodies are increasingly being explored as more effective alternatives to monoclonal antibodies for a range of diseases. Therapeutics such as bispecifics, can have a combinatorial effect by targeting two antigens,  resulting in treatments with enhanced utility, higher efficacy, fewer side effects and less resistance compared to mAbs.

Generating a bispecific antibody, which is correctly and stably paired, is a major production concern. Many solutions require significant changes to native antibody structure, which increases antibody complexity and forces adaptation of downstream processes. While a various platforms have been developed to mitigate Heavy-Light chain (HC-LC) mispairing, there are many other rate limiting steps for efficiently expressing these molecules in a CHO system. bYlok® technology is a design engineering approach that stabilise the interaction between the HC and LC, essentially removing the mispairing problem whilst retaining a more natural antibody structure.

This presentation will introduce you to a mechanistic review of the bispecific pipeline to demonstrate how a various tools and technologies can enable you execute bispecifics.  Case studies will be presented to show how the bYlok® technology can be used to stabilise and select for novel bispecifics from a panel of parental immunotherapeutic mAbs. Our data demonstrates that correct heterodimerisation can be achieved consistently and how standard downstream purification processes can be used during production.