You are here: Home / Archives for Coronavirus

A meeting focusing on Chinese researchers’ use of AIRR-seq data to study the adaptive immune response – especially in COVID-19 patients – was held recently by the AIRR Community and Tsinghua University.

Although collaboration and sharing data internationally is complicated and difficult, this successful meeting was an important step in forming the relationships necessary for overcoming many of these challenges.

The meeting followed a hybrid format, combining online lectures by AIRR Community members in the US and Europe in conjunction with an in-person meeting in Shenzhen, China that was organized by Professor Xiao Liu of Tsinghua University’s Shenzhen campus.

The in-person, all-day meeting was held on December 6, 2020 in Shenzhen, which corresponded to Saturday evening December 5 in North America.

The full meeting agenda can be found on the meeting web page and the meeting recording has been posted on the AIRR-C YouTube Channel.

END_OF_DOCUMENT_TOKEN_TO_BE_REPLACED 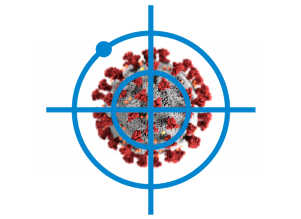 The AIRR Community held a successful virtual event showcasing how AIRR-sequencing data can be leveraged to inform the Biology of COVID-19.

The AIRR Community held a successful event showcasing how AIRR-sequencing data can be leveraged to inform the Biology of COVID-19. 3 days, 8 speakers, 5 moderated panel discussions, and 355 attendees from 25 countries made for a meaningful discussion.

Check out the AIRR Youtube Channel for the recorded talks.

The 3 day AIRR Community Special Event – Response to COVID-19 starts today. Join the Community and learn more about Leveraging AIRR-sequencing Data to Inform the Biology of COVID-19. Contact meetings@AIRRC.antibodysociety.org to register. Visit the event page for the complete program. 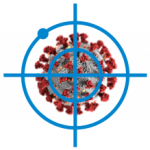 The extraordinary scale of the COVID-19 pandemic has elicited extraordinary responses world-wide, but the resulting disruptions have raised concerns about delays in approval of non-COVID-19 antibody therapeutics.

As part of the virtual Antibody Engineering & Therapeutics Europe conference, Dr. Janice Reichert, Executive Director of The Antibody Society,  provided an update on non-COVID-19 antibody therapeutics approved so far in 2020, and those that might be approved by the end of the year. She also discussed the biologics currently in development for COVID-19, which includes over 50 repurposed biologics and over 80 anti-SARS-CoV-2 biologics.