You are here: Home / About / Board of Directors / Jamie K. Scott 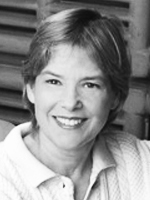 Dr. Scott was awarded a Tier 1 Canada Research Chair in Molecular Immunity in 2004.  She was a member of the Canadian Bacterial Diseases Network of Excellence and the Biotechnology Review Committee of the Science Council of B.C., and has served on a number of review committees for NIAID, NCI and IAVI. Her research has been supported by the NIH, Canadian Institutes of Health Research (CIHR) and the Natural Sciences & Engineering Research Council of Canada (NSERC).

Dr. Scott’s research career has centered on the study of antibody function, structure and genetics, and more recently, the cellular and genetic bases of the antibody response.  Her graduate thesis work focused on counting germline immunoglobulin Vl genes, her postdoc began with the initial development of phage-display library technology.  Having done her PhD on the antibody genetics, she used phage-displayed peptide libraries to understand antibody-antigen interactions, and to pursue design of peptide vaccines that would act as immunogenic mimics of discontinuous protein epitopes on pathogens.  Thus, she turned to HIV vaccines, by developing high affinity peptide ligands for 4 broadly neutralizing MAbs against HIV, and testing them as vaccines.  She also developed the filamentous phage itself as an immunogenic platform for conjugate vaccines, and has analyzed the B-cell responses to vaccination with phage in mice, and to HIV infection and SLE in humans.  Her laboratory has developed methods for sorting B-cell subsets from mice and humans, and analyzing their expressed antibody-gene repertoires by high throughput DNA sequencing, to provide insights into the antibody response to HIV infection, autoimmune disease (SLE) and vaccination.  Her lab is also cloning and expressing antibody genes of interest from these immune responses.  This ongoing work has been done in collaboration evolutionary geneticist, Felix Breden, who has aided with bioinformatic analyses of expressed antibody VH gene sequences. More recently Drs. Scott and Breden have been working to bring together the community studying antibody/B-cell receptor and T-cell receptor gene repertoires, so as to develop standards for the field, for publication, and for developing a common repository for sharing such data.