You are here: Home / Archives for Carolyn Bertozzi 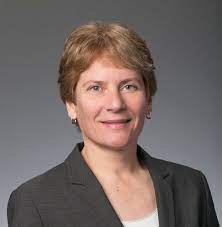 Antibody Engineering & Therapeutics, held in December 2022, offered many opportunities to hear exciting and informative presentations by experts in the field, including Carolyn Bertozzi, Professor of Chemistry at Stanford University and 2022 Nobel prize laureate in Chemistry.

In her plenary lecture, Therapeutic Opportunities in Glycoscience: Bioorthogonal chemistry in translation, Prof. Bertozzi presented a retrospective of her remarkable contributions to chemical biology. She almost singlehandedly created the field of bioorthogonal chemistry, which is now used in the development of human biotherapeutics. Since its inception, bioorthogonal chemistry has had enormous scientific impact by enabling mechanisms to address a wide variety of biological questions.

Prof. Bertozzi was trained in traditional synthetic organic chemistry, but rapid advancements in biology inspired her to consider how chemical reactions might be reliably controlled within organisms. She started with the idea of performing chemical reactions in live cells. In contrast to organic synthesis, which is generally executed in organic solvents, often at high temperatures, chemistry done in live cells must occur in water at a pH close to physiological, at temperatures close to 37oC, and generally away from equilibrium. Carrying out reactions in living organisms is additionally complicated because the molecules used in-vivo cannot be toxic and cannot be metabolized faster than the reaction rate with a biological target. For such chemistry, Bertozzi coined the name and formulated the concept of bioorthogonal chemistry, which is chemistry that does not interact or interfere with a biological system. Bioorthogonal reagents and reactions must not have counterparts in biological systems. [1]

Prof. Bertozzi’s research focused on glycans, which are complex polysaccharides that decorate the surface of every mammalian cell. Notably, the structure and composition of glycans displayed on the cell surface undergo alterations in response to the physiological state of an organism. In normal cells, oligosaccharide structures terminate with the sialic acid, but it has been known since the 1960s that the glycosylation pattern on cancer cells is dramatically different from normal cells. Cancer cells tend to have a much higher abundance of sialic acids, which are attached to different sugars and in different linkages than in healthy cells. This difference in glycosylation architecture could potentially be exploited for imaging glycosylation using bioorthogonal chemistry. To begin with, the oligosaccharides would have to be labeled with a bioorthogonal sugar derivative bearing a functional group. In the next step, the functional group on the incorporated unnatural sugar would react with a bioorthogonal, detectable probe molecule. The early idea for a molecule that could be metabolically incorporated in place of sialic acid came from the work of a German carbohydrate chemist, Werner Reutter, who reported that N-acetyl-modified mannosamine could be used by cells as a precursor of side-chain modified sialic acid. Based on this observation, Bertozzi’s conceived the idea that the methyl group in the N-acetyl group could be appended with azide functionality. Then, a reactive, abiotic molecule could serve as the probe. Nucleophilic azide can enter a reaction called Staudinger reduction with triphenylphosphine, but this reaction results in azide reduction to a primary amine. However, when one of the phenyl rings was modified with an ester leaving group, hydrolysis of the transition product (azo-ylide) resulted in a stable linkage of the phosphine to sialic acid. The stable coupling of phosphine to azide group on a sugar moiety is known as Staudinger ligation.