You are here: Home / Antibody discovery / Most read from mAbs, Aug-Sep 2019 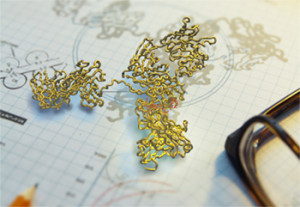 The Antibody Society is pleased to be affiliated with mAbs, a multi-disciplinary journal dedicated to advancing the art and science of antibody research and development. We hope you enjoy these summaries based on the abstracts of the most read papers published in a recent issue. All the articles are open access; PDFs can be freely downloaded by following the links below.

Dual antigen binding is necessary for potent T cell redirection and is influenced by the structural characteristics of a bispecific antibody (BsAb), which are dependent on its IgG subclass. In this study, Kapelski and colleagues at Janssen Research and Development studied model BsAbs targeting CD19xCD3 that were generated in variants of IgG1, IgG2, and IgG4 carrying Fc mutations that reduce FcγR interaction, and two chimeric IgG subclasses termed IgG1:2 and IgG4:2, in which the IgG1- or IgG4-F(ab)2 are grafted on an IgG2 Fc. All BsAbs were shown to bind both of their target proteins (and corresponding cells) equally well, but CD19xCD3 IgG2 did not bind both antigens simultaneously, and had reduced potency in T-cell redirection assays. The activity of IgG2 BsAbs was fully restored in the chimeric subclasses IgG4:2 and IgG1:2. Their results confirmed the major contribution of the F(ab)2 region to the BsAb’s functional activity and demonstrated that the function of BsAbs can be modulated by engineering molecules combining different Fc and F(ab)2 domains.

In another paper from Janssen Research and Development authors, Evans et al present a process to selectively create symmetrically and asymmetrically modified antibodies for structure-function characterization using the bispecific DuoBody® platform. Parental molecules mAb1 and mAb2 were first stressed with peracetic acid to induce methionine oxidation. Bispecific antibodies were then prepared from a mixture of oxidized or unoxidized parental mAbs by a controlled Fab-arm exchange process. This process was used to systematically prepare 4 bispecific mAb products: symmetrically unoxidized, symmetrically oxidized, and both combinations of asymmetrically oxidized bispecific mAbs. Their results demonstrated chain-independent, 1:2 stoichiometric binding of the mAb Fc region to both FcRn receptor and to Protein A. The approach was also applied to create asymmetrically deamidated mAbs at the asparagine 330 residue. Results of this study support the proposed 1:1 stoichiometric binding relationship between the FcγRIIIa receptor and the mAb Fc. This approach should be generally applicable to study the potential impact of any modification on biological function.