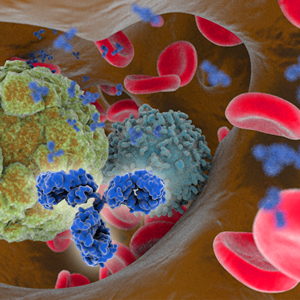 In October 2017, Kyowa Hakko Kirin announced that a marketing authorization application (MAA) for mogamulizumab, for the treatment of CTCL in adults who have received at least one prior systemic therapy, is under review at the European Medicines Agency. The MAA includes data from the randomized, open-label, multi-center Phase 3 MAVORIC study (NCT01728805), which evaluated the effects of mogamulizumab versus vorinostat (Zolinza®) in patients with refractory cutaneous T cell lymphoma who failed previous treatment. The study included 372 patients who were randomized to receive either mogamulizumab (1.0 mg/kg weekly x 4 in cycle 1, then every other week until progression) or vorinostat (400 mg orally daily). The primary outcome measure of the study was progression-free survival (PFS), with the target being a 50% improvement over the reference median PFS for vorinostat (median PFS of 254 days for the mogamulizumab arm versus 169 days for the vorinostat arm). In April 2017, Kyowa Hakko Kirin announced top-line results from the MAVORIC study indicating the primary endpoint of PFS had been met. In August 2017, mogamulizumab received breakthrough therapy designation in the US for mycosis fungoides and Sézary syndrome based on results from the MAVORIC study.